Modern humans have existed on Earth for about 200 000 years. Over this immense stretch of time, there have been two major changes in all of human history:

• the move from hunting and gathering for food (foraging) to the earliest stages of farming (The Agricultural Revolution)
• the move from farming or agriculture to manufacturing or industry.

These critical changes in human history took place from 60 000 BCE to 650 CE.

This is the period of history that you will be studying this year. During this time, people began to live in villages, and then towns, and then cities. The people of the ancient world developed cultural practices
and organised societies that influence how we live today.
'Out of Africa' Theory
There is still argument among the experts about when modern humans first appeared and then spread to different parts of the world. Most historians currently favour an explanation known as the ‘Out of Africa’ theory. This theory states that early humans originally appeared in Africa about 200 000 years ago. Then about 100 000 years ago, migrating groups left Africa in waves, initially arriving in the Middle East. These waves of migration continued until around 12 000 years ago.

Some scholars argue that early humans developed simultaneously in different parts of the world. However, fossil and genetic evidence strongly supports the ‘Out of Africa’ theory. Indigenous Australian traditions Indigenous Australians have traditionally claimed that their ancestors originated in Australia rather than migrating from elsewhere.
​
Are they correct in rejecting the ‘Out of Africa’ theory? In 2001, DNA test results indicated that remains found in Australia were older than anything found in Africa. Not all experts agree with this research and argument continues.

What we do know, however, is that the famous Australian Mungo Man skeleton is the oldest ritually buried human found anywhere in the world. 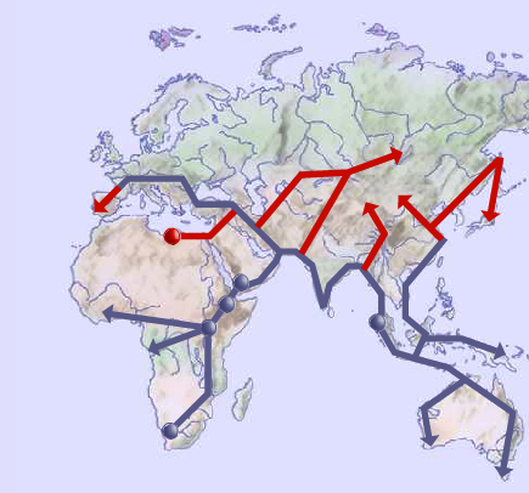 Out of Africa Map Activity 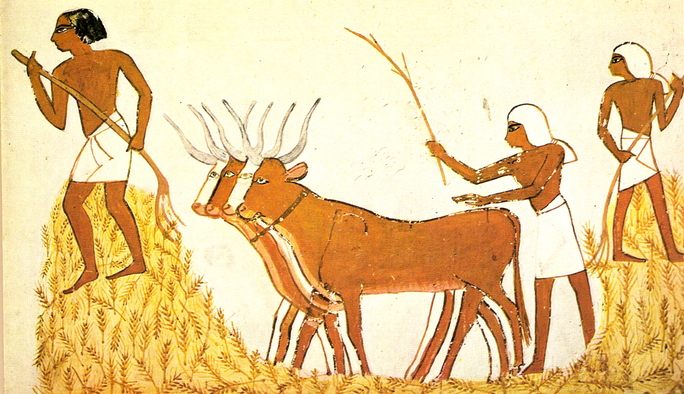 The shift from hunter gathering to agriculture is one of the most important developments in the history of humanity. The agricultural revolution was a global event because it happened in parallel developments in many parts of the world, although at slightly different times. It is viewed as the beginning of civilisation.

Core regions of the development of agriculture were in the Fertile Crescent in the Middle East (circa* 10,000 BCE). China (circa  9,000 BCE), New Guinea (circa 8,000 – 6,000 BCE), and South and Central America (circa 4,000 BCE). Agriculture revolutionised the way people interacted with other species, which revolutionised the way people interacted with each other as well. It made civilisation possible as people started living in towns and then eventually in complex city states.

As agriculture became more and more widespread, people began to accumulate surpluses of food, meaning that people grew more than they consumed. This resulted in the first commerce or trade as people could then trade or swap their surplus crops with their neighbours for the items they needed.

We cannot be certain why and how some groups of  Paleolithic hunter gatherer peoples began adopting new ways of producing food and other necessities of life by cultivating plants and domesticating animals because there are no written records of this transition. It is thought perhaps climatic changes associated with the retreat of the glaciers at the end of the last Ice Age (about 12,000 B.C.), may have played an important role.

The emergence of agriculture also had a major environmental  impact on the earth. The most important has been deforestation in order to make space for crops and livestock. There is also strong evidence that land clearing for agriculture, the farming of animals and the development of rice paddies released significant amounts of greenhouse gasses (methane and CO2).

*circa is a Latin word meaning around or approximately 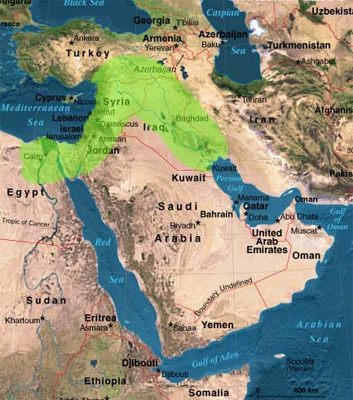 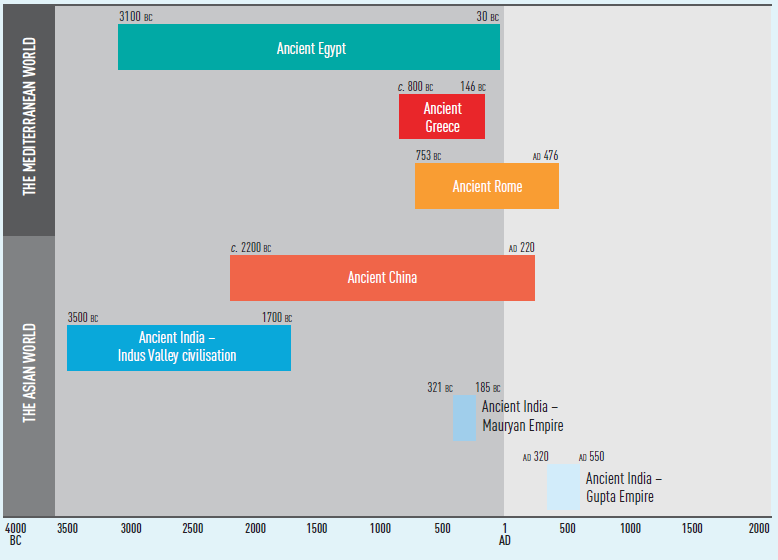 There are two types of sources that can be used to investigate Australia’s ancient past: oral
accounts and archaeological evidence.

Oral accounts of the Aboriginal and Torres Strait Islander peoples
These are the collected stories that the first Australians used to tell their story and record their customs, rituals and laws. This oral tradition does not operate on a timeline from oldest to the most recent, rather their history centres on the importance of home, place and country. It tells stories about places rather than times or historical periods.

For example, Dreamtime stories explain the origins of life and are passed on from generation to generation such as the exerpt below...


The story I am telling is about my fathers in the Dreamtime who made the stars travel across the sky … They were not made randomly, but by the Japaljarri- Jungarrayi Dreaming who created the Milky Way and carried stars and witi poles [logs, set on fi re at one end to provide light] as he travelled ... We were taught about these Dreamings by our grandfathers, fathers and elder brothers.
The [people to the north and west of Alice Springs] instructed us in the Warlpiri law and told us not to forget what we had been taught … I am now telling the Dreaming of the Milky Way, all of those millions of stars up above us, as I was told it by our old men.

View more examples of archaeological evidence at Lake Mungo.
History Mystery - Lake Mungo
Mungo Lady and Mungo Man are vitally important to the Ngiyampaa, the Mutthi Mutthi and the Paakantji people from the area near Lake Mungo. They are also important to all Aboriginal people, to all Australians and to people everywhere as they are the moste important human remains found in Australia. Their discovery re-wrote the ancient story of this land and its people and sent shock-waves around the world.
Australia's Ancient Past from MsCCostello
Watch the video 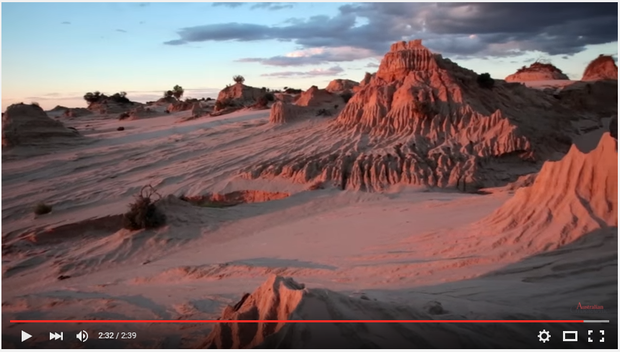