Place and Liveability
What creates a sense of place?
Places are central to the study of geography.
To understand what a place is, think about location and region.
Each place has a unique identity that makes it different from other places. A combination of characteristics is specific to that place, making it individual.
These characteristics may include:
• natural features - such as a harbour or natural spring
• human features - that is, built by people
• a combination of natural and human features. 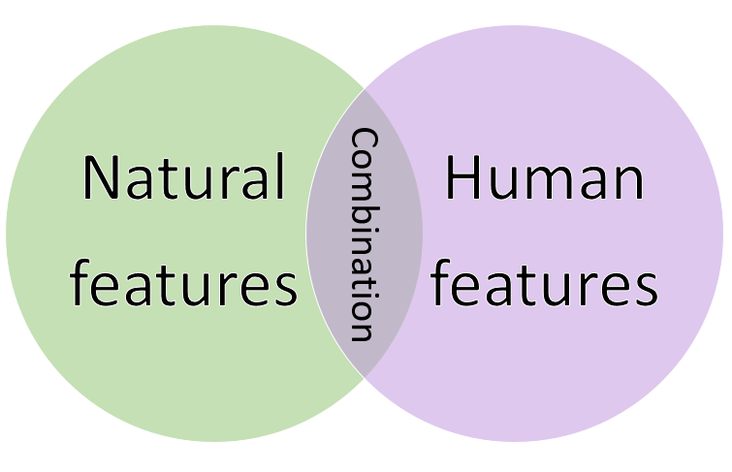 Glossary
place - specific part of the Earth’s surface that has been identified and given meaning by people
region - any area of varying size that has one or more characteristics in common
​
Watch: Why do we live where we live?
Why People Live in certain places
People choose to live in specific places for a wide range of reasons. These reasons can be broadly divided into pull factors and push factors . The combination of reasons varies from person to person, and what is an advantage for one person may be seen as a negative by someone else.
‘Liveability’ refers to what a place is like to live in. Over time, places change.
Factors that may influence where we live 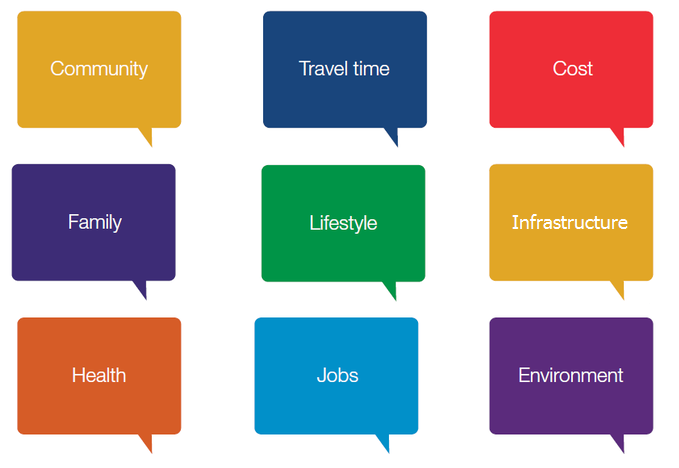 Glossary
pull factors - positive aspects of a place; reasons that attract people to come and live in a place
push factors - reasons that encourage people to leave a place and go somewhere else
Change
These push and pull  factors can change throughout a person’s life. For example, where a 20-year-old single person wants to live is often quite different from where someone in their sixties, or someone with a partner and two teenage children, may want to live.
How did we get here?
​Have you always lived where you are currently living, or did your family arrive from another place?
What decisions were made by your parents or grandparents, which resulted in your family living in your place, house, state, country or hemisphere?
Do you have Aboriginal or Torres Strait Islander heritage?
​ Does your family have a recent migration story or did your family arrive with the First Fleet?
Over 28% of Australia’s population were born overseas, and it is estimated that most will move homes between 11 and 12 times during their lifetime.

Figure 1 Many Australians were born in the United Kingdom, New Zealand, and the United States of America. 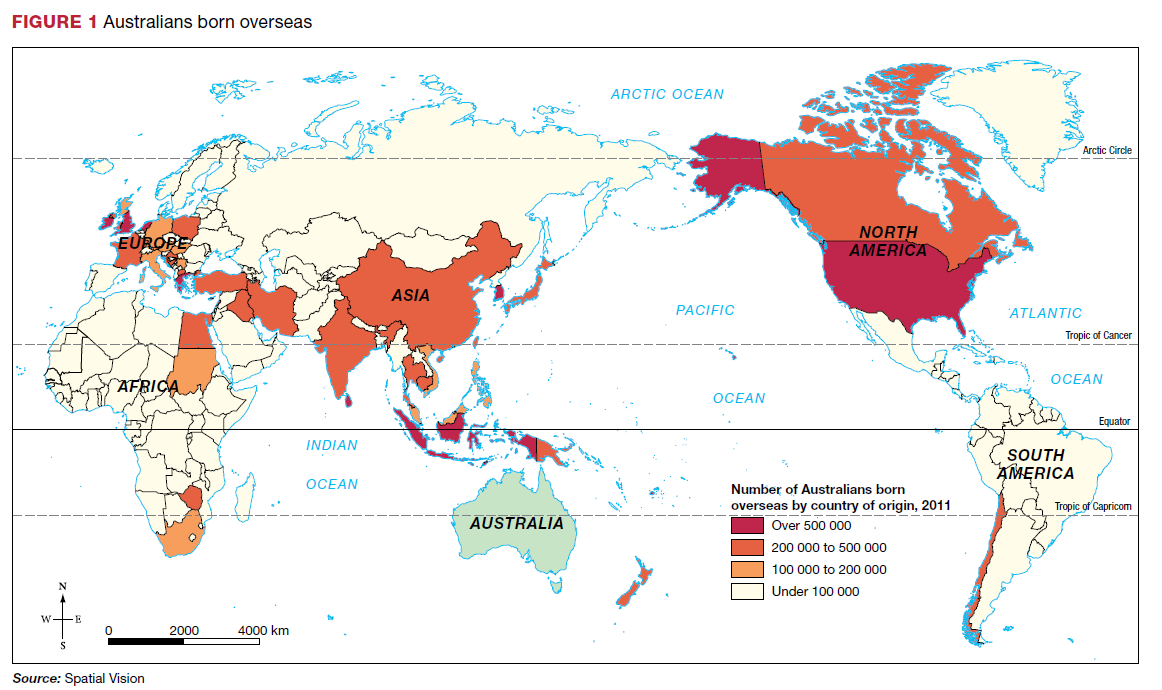 Liveability
Liveability can be defined as ‘the features that create a place that people want to live in and are happy to live in’. It is usually measured by factors such as safely, health, comfort, community facilities and freedom.
Watch: Where is the world's most liveable city?
What do these top 10 liveable cities have in common?
They tend to be be mid-sized, modern cities in some of the world’s wealthiest or most developed nations that have:
- quite low population density
- low crime rates
- reliable infrastructure
- temperate climate [except Toronto, Calgary, Copenhagen, Helsinki]
- been planned for travel by both public and private transport
​
Glossary
population density - the number of people living in a square kilometre
infrastructure - the facilities, services and installations needed for a society to function, such as transportation and communication systems, water and power lines.

All communities would like:
-  a safe, healthy and pleasant place to live
- a sustainable environment
- the chance to earn a liveable wage
- reliable infrastructure
- opportunities for social interaction 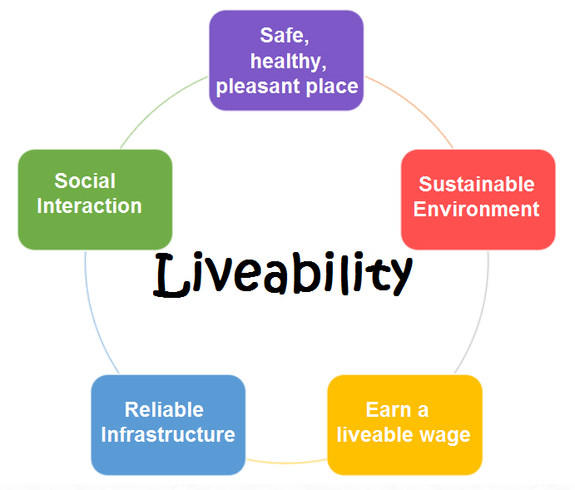 Watch: ​What makes Melbourne the world's most liveable city? 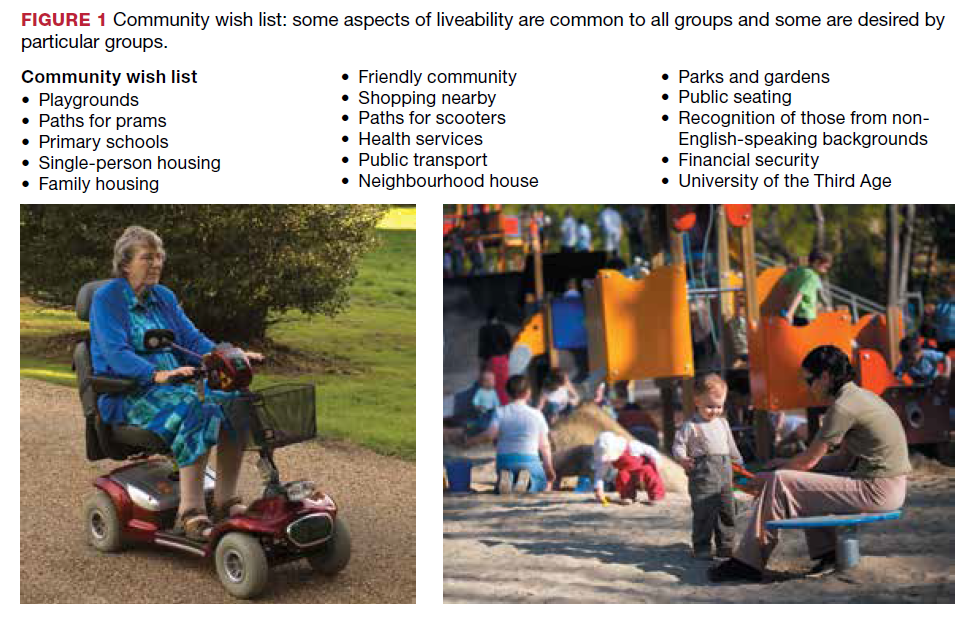 What do the Top 10 Liveable Cities Have in common? 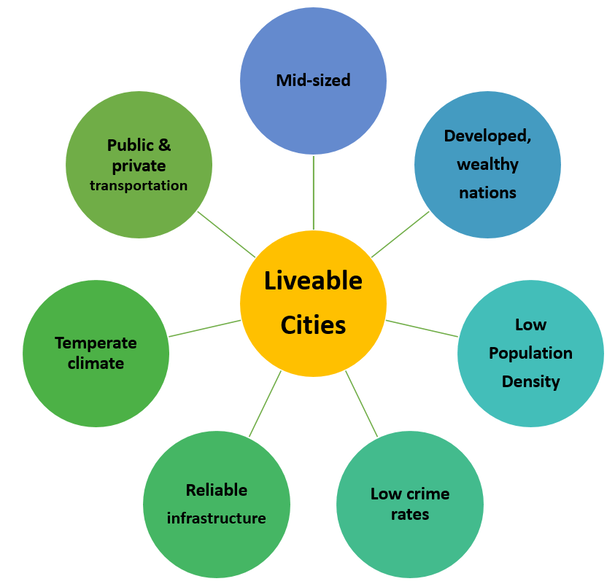 Where do most Australians live?
Approximately two-thirds of Australia’s population live in capital cities.
​Australia is a large, dry and isolated country. The availability of fresh water is an important factor to consider when looking at where people live. Australia’s first large European settlements were all built close to rivers and harbours, which provided
safe anchorage for their sailing ships.

The sea allowed goods to be imported and exported; it provided fishing, whaling and sealing; and it brought cooler weather due to onshore breezes. Rivers, provided water for household, industrial and agricultural use, as well as a safe port for passengers and cargo.
​
Sydney, Melbourne, Brisbane, Hobart, Adelaide and Perth were generally the first settlements in each colony. They have maintained their importance as their state’s largest city and its centre of government, transport and commerce. Big cities are great places to live because they provide many opportunities for work, education, healthcare and recreation. 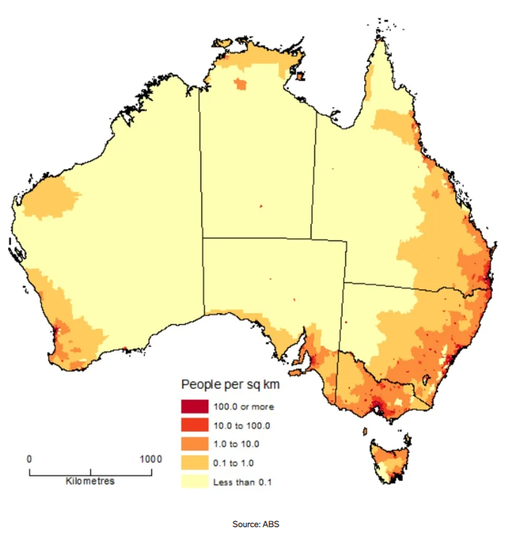 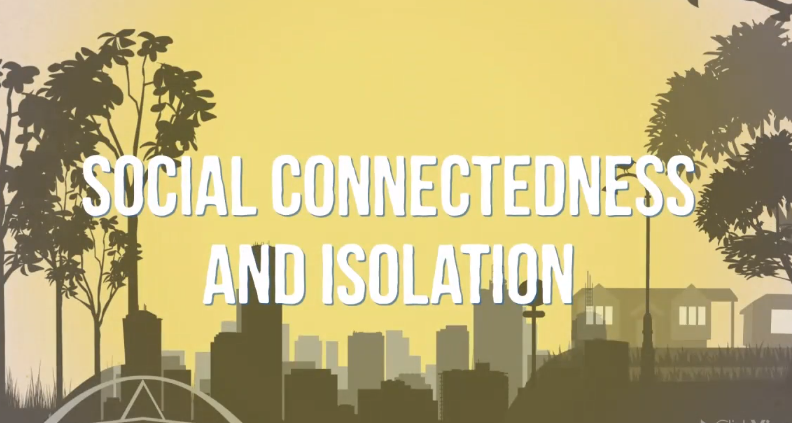 Download File
Why do people live in remote places?
Inland locations, away from large cities and coastal areas, are attractive places for many Australians to live.
Why might some people choose to live in places where their nearest neighbour may be 50 kilometres away or a weekly sporting activity involves a six-hour car trip?
Increasingly over the past 100 years people having been moving from the country areas to the cities. Most children of farmers leave the country and seek education and work opportunities in large cities

There have been many attempts by governments and private industry to encourage people to settle in remote locations situated far from major centres of population. For example the current governments Skilled Regional Visa program is designed to attract professionals from overseas to settle in rural areas where there are shortages of particular professionals.

Soldier settlements and mining developments are two other schemes.

Soldier settlement schemes
After both World War I and World War II, the state and federal governments of Australia began a program of providing land to returned soldiers (figure 2). The programs were designed to give soldiers work and to attract people to places that were sparsely inhabited at the time. The settlers were expected to stay on their land for five years and to improve the quality of the land they were farming. Many farmers in rural areas today are descendants of these soldiers and continue to work the land.
​Over 25 000 soldiers were resettled after World War I. 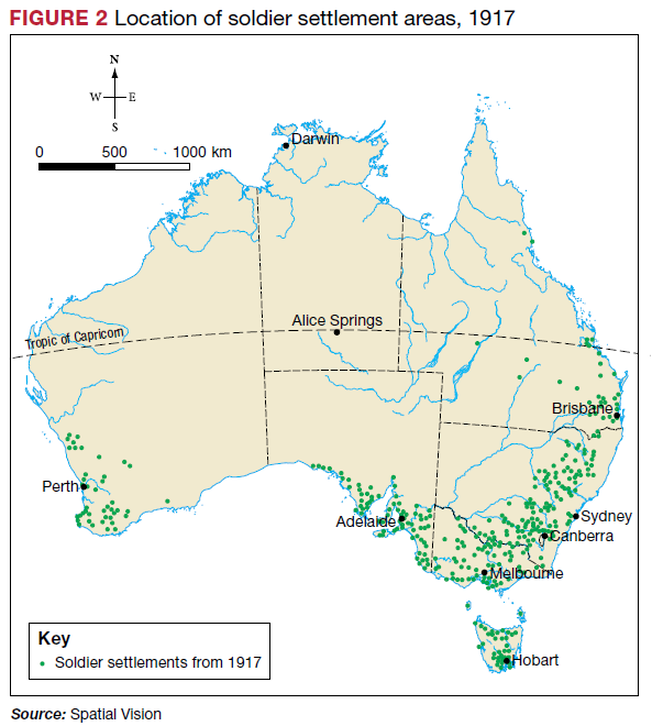 Glossary
remote - describes a place that is distant from major population centres
fly in, fly out (FIFO) -  workers who fly to work in remote places, work 4-, 8- or 12-day shifts and then fly home
Mining developments
Mineral resources are being extracted at remote locations such as Broken Hill, The Pilbara and Tom Price. Workers are attracted to these areas by high wages and job opportunities.
Some workers fly in and fly out (FIFO) for their shifts. They live with their families in less remote places and fly in for a shift that may last several weeks, then flying home for their days off. Transport and communication technology enables the workers to be linked to work opportunities in isolated locations. For example mining workers can travel by plane from Brisbane to Tom Price in less than 5 hours.
​ 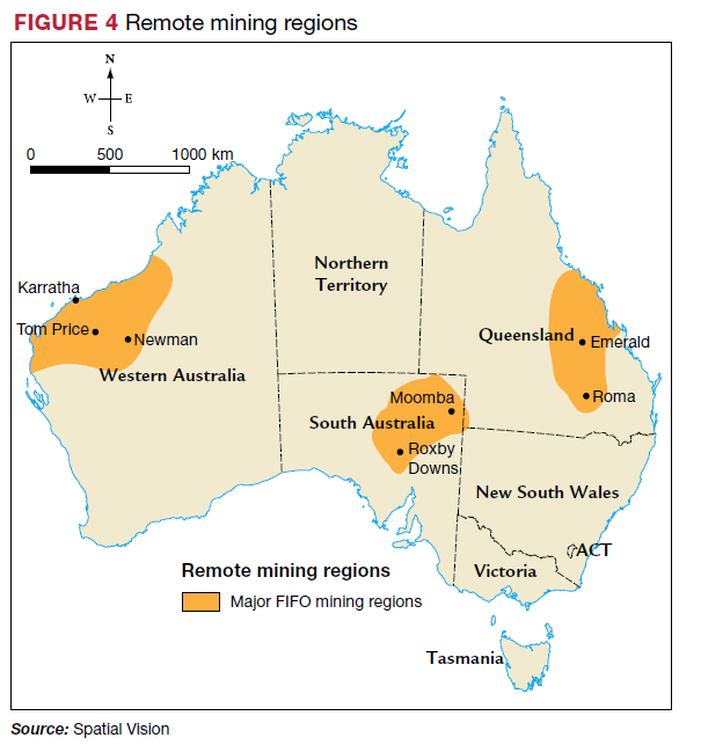